Portainer is a self-hosted web UI. You can use it to view the state of your containers, and interact with them. 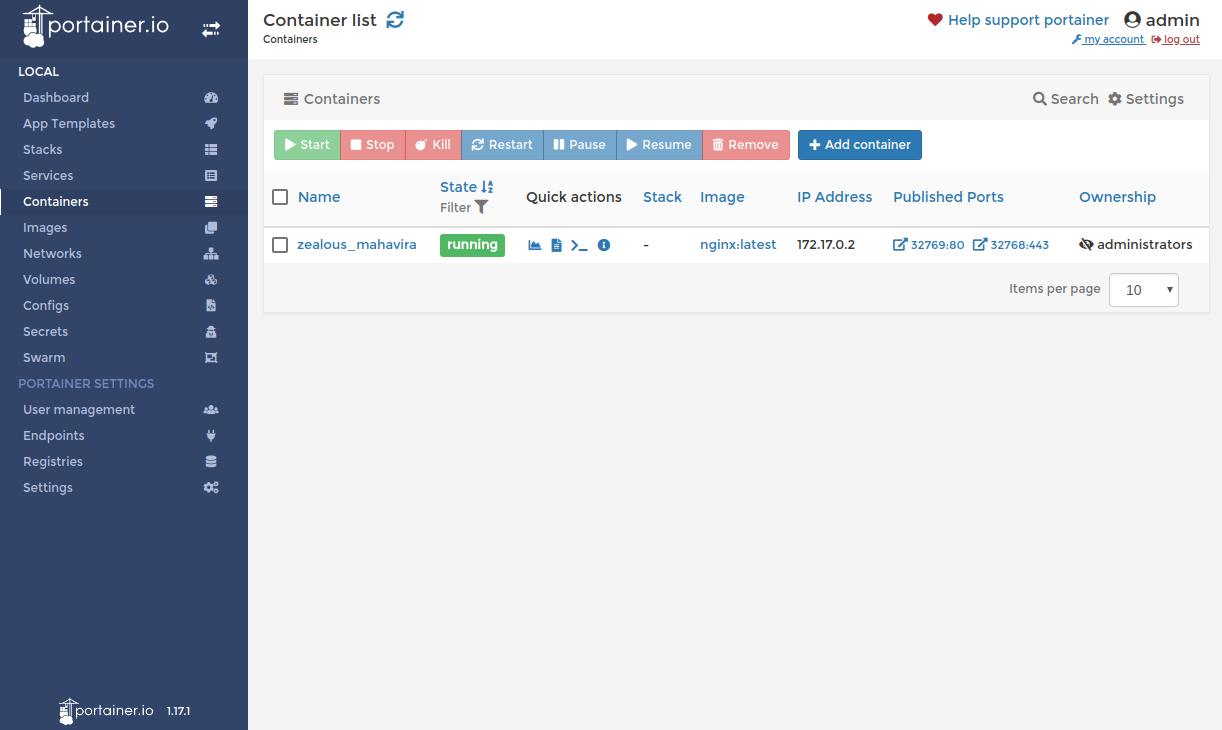 What is it for?

A UI to interact with your Docker host or Swarm cluster. Or just to get an overview.

What you need to know

You can see a lot of the features in screenshots here.

You can go to the demo site, enter demo credentials and interact with the tool. Read the instructions here.

You can set up something like dockprom to get an overview of your Docker host. It’s a mix of Grafana, Prometheus, AlertManager, NodeExporter and cAdvisor, providing nice dashboards with metrics on your containers.

For more options, check out this list of other Docker GUIs.

Articles in This Series: